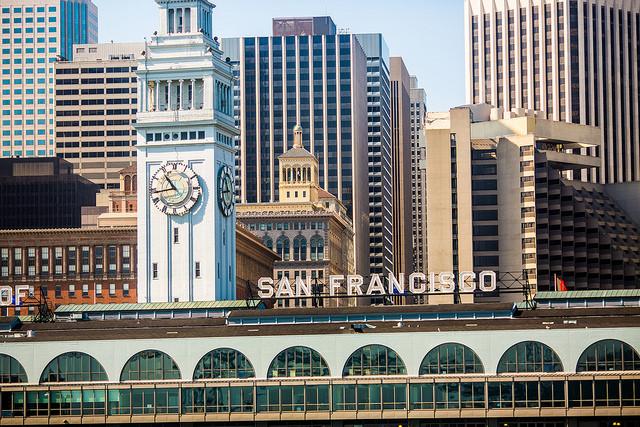 The San Francisco Ferry Building was built in 1892. The architect was A. Page Brown, who modeled the iconic 245 foot clock tower after the 12th century Giralda Tower in Sevilla, Spain. Originally the Ferry Building was a major hub of Bay Area transportation, but as automobiles and bridges advanced, the building fell out of use.

The building was further marginalized by the Embarcadero Freeway. By all accounts, the freeway was unpopular, and something of an eyesore, obstructing views of the bay, Treasure Island, and cutting foot traffic off from the waterfront. When the the freeway failed in the 1989 earthquake, Mayor Art Agnos paved the way for its removal.

By 1992, the freeway was gone, and plans were underway to revitalize the waterfront, remodel the Ferry Building and reintroduce ferry service. Channel Lumber played an integral role in all phases of the subsequent construction.

The Ferry Building has since and once again become vibrant hub of activity. The building features offices, a marketplace founded in local and sustainable products, a farmers market, and ferry service which continues to increase in popularity.

To find out more about products and services provided by Channel Lumber, please contact us.