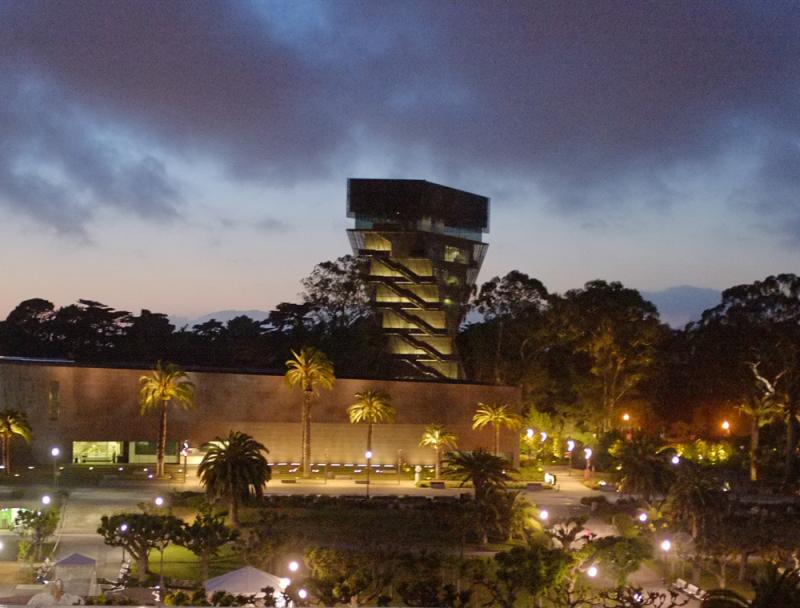 Three buildings have housed the De Young Museum since it first opened in 1894. Channel Lumber provided products and services for the development and construction of the most recent structure. Michael De Young was the co-founder of the the San Francisco Chronicle. In 1894 the California Midwinter International Exposition was held in San Francisco, and De Young initiated a building committee to establish the museum as part of the exposition. The museum was built and became an instant hit. The emphasis of the exhibits was art of the 17th-20th centuries, American art, textile art, and art of Africa and Oceania. In the 1906 earthquake, the building sustained significant structural damage and subsequently closed for a year and a half. Upon reopening, the museum’s following expanded and it eventually outgrew the facility. New plans were initiated with a new building approved in 1915 and completed in 1919. This building remained in tact for the next seventy years. During that time the De Young became the 6th most visited museum in North America and the 35th most visited in the world. In 1989 the Loma Prieta earthquake compromised the structure. For the next ten years the building was riddled with repairs and eventually closed to the public in the year 2000. Plans were immediately made for a privately funded replacement. The new design integrated art, architecture and natural landscape. It was designed by Swiss firm Herzog & de Meuron and Fong & Chan from San Francisco. The new de Young opened in 2005 and has continued to be a success and an icon.