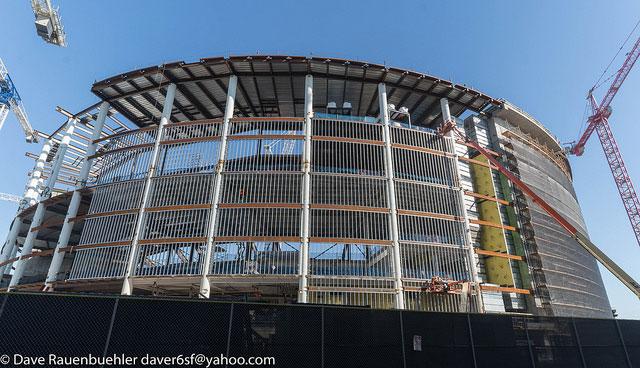 On January 17, 2017 ground was broken for the new Chase Center in the Mission Bay neighborhood of San Francisco. The construction of the new arena recently hit a milestone of over 1 million labor hours on the job. The crew consists of about 650 workers. The arena is on schedule to open before next years’ basketball season. Channel Lumber continues to provide products and services to the stadium’s construction.

The new arena will be home to the Golden State Warriors, who are currently under construction in their own way. With nearly the entire starting lineup managing injuries, the team has had to rebuild mid-season from the bench. Still, the Warriors will make the playoffs, and the most significant question now is when and whether Steph Curry will be healthy enough to join the team during the NBA playoffs.

Steph Curry suffered a Grade 2 MCL sprain in his left knee last week. This type of injury can take several weeks to heal. Warrior Coach Kerr has ruled out that Steph will play in round one of the playoffs.

The Warrior’s have played in the Oakland Coliseum since 1971, and have three titles during that time. Moving the team from Oakland has sparked serious controversy over several issues. The deal is underway however, and the Mission Bay neighborhood of San Francisco is looking to undergo a second wave of transformation, the first being with the opening of AT&T park, home to the Giants.

The Chase Center will hold about 18,000 attendees, and will include a theater configuration and parking. A new subway is also being built to connect the Chase Center, and nearby UCSF Medical Center to downtown and points beyond.