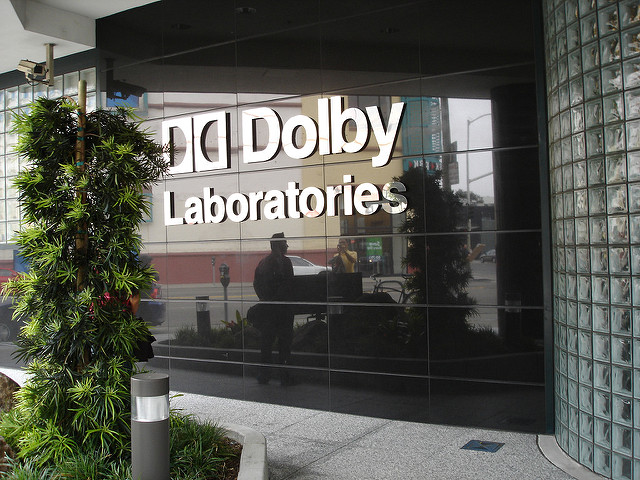 In September 2015 Dolby Laboratories opened its new headquarters on Market Street in downtown San Francisco. The building was a consolidation of two separate buildings, one in Potrero Hill, one South of Market. The renovation of the former State Insurance building utilized a significant supply of fire treated Forest Stewardship Council® (FSC®) lumber provided by Channel Lumber. Dolby Laboratories is known worldwide for creating the seminal circuit which removed unwanted noise and hiss from sound recordings.

The circuit was patented in 1969 by inventor and founder Ray Dolby. The name Dolby since has become synonymous with industry leading sound production, and is used widely for sound recordings for movies, and popular music. Several artists were commissioned in the design of the new facility, and the office transitions seamlessly from open, revolving work space to art installations, infusing the headquarters with creativity and innovation. The traditional cubicle format was abandoned to encourage employees to experiment and express themselves through their work environment. In addition to sound production, Dolby Laboratories also features on site theaters, and a research facility which, among many, conducts experiments on how sound and media affect human physiology.

Current popular releases using Dolby are too numerous to list and include “Ghost in the Shell”, and “King Arthur”. For more information about how Channel Lumber can provide lumber, concrete, and services to your business, please contact us. Photo: Mike Renlund