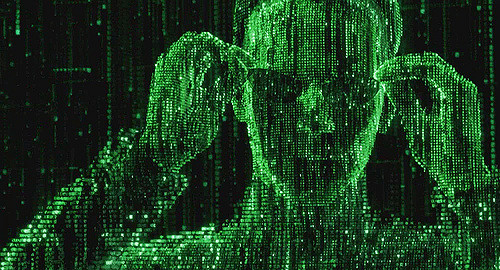 In the 2003 action film The Matrix Reloaded, starring Keanu Reeves, an entire chase sequence was filmed on a fake Freeway. The Freeway was built from scratch using products and services provided by Channel Lumber. The Freeway, named “Paterson Pass”, after the Production Designer Owen Paterson, was built on an airplane runway at a former Naval Air Station in Alameda, California. Although the final scene is only 15 minutes long, the crew spent three months filming. This does not include construction of the freeway itself.

The “Fake Freeway” was eventually dismantled. The Freeway is noted for being nearly indistinguishable from an actual freeway. In order to block out views of San Francisco and the bay, a high concrete barrier wall was built, resembling an acoustic barrier wall you would see in urban areas.

Still, at some points features like the tip of the Transamerica Pyramid Building, or the Bay Bridge can briefly be seen under the scrutinizing eye. The freeway sign shows “Whipple Avenue, Woodside Road, and Marsh Road”, which is an actual sign from Highway 101 near Redwood City. Even with the authenticity of the Freeway itself, computer generated images were used to fill in details like power lines, buildings, and over-crossings. For more information about how Channel Lumber can provide lumber, concrete, and services to your business, please contact us. Photo credit